Bound charges set up electric dipoles in response to an applied electric field E, and polarize other nearby dipoles tending to line them up. The net accumulation of charge from the orientation of the dipoles is the bound charge. They are called bound because they cannot be removed: in the dielectric material the charges are the electrons bound to the nuclei.

Free charges are the excess charges which can move into electrostatic equilibrium, i.e. when the charges are not moving and the resultant electric field is independent of time, or constitute electric currents. 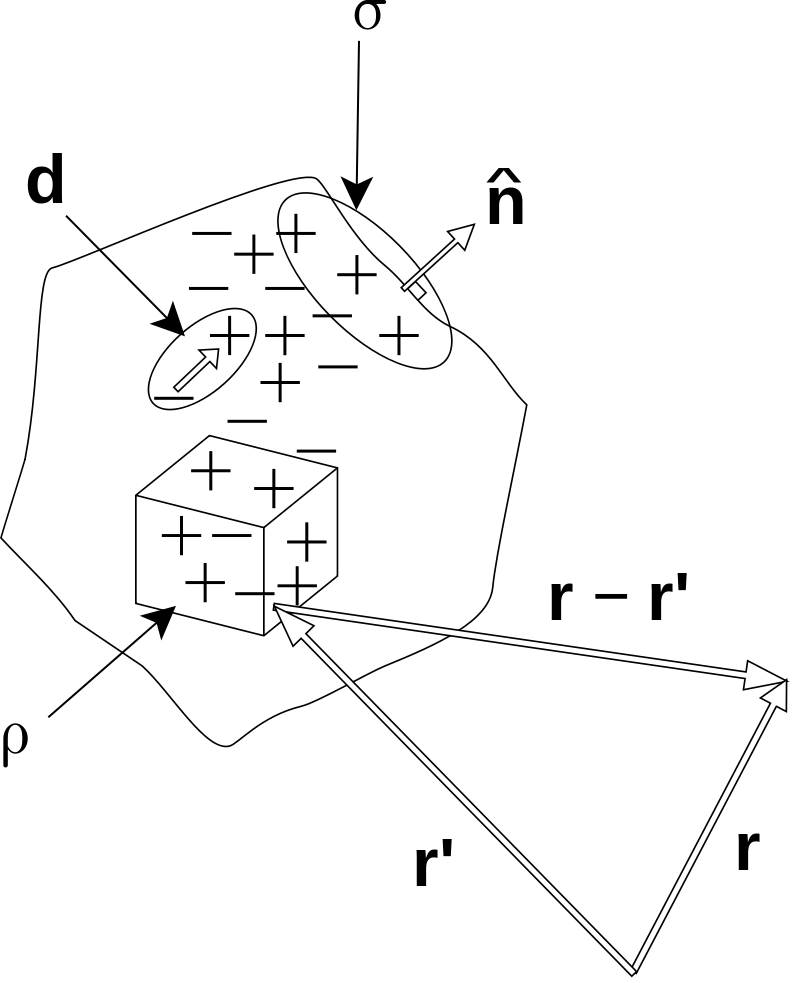 In quantum mechanics, charge density ρq is related to wavefunction ψ(r) by the equation
ρq(r)=q|ψ(r)|2

where q is the charge of the particle and |ψ(r)|2 = ψ*(r)ψ(r) is the probability density function i.e. probability per unit volume of a particle located at r.

When the wavefunction is normalized - the average charge in the region r ∈ R is
where d3r is the integration measure over 3d position space.

CD ComputaBio' calculation service of charge density reduces the cost of later experiment. Calculation service of charge density reduces is a personalized and customized innovative scientific research service. Before determining the corresponding analysis plan and price, each project needs to be evaluated. If you want to know more about service prices or technical details, please feel free to contact us.