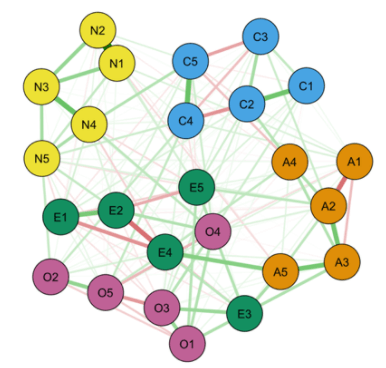 Nodes and edges are the basic components of the network. 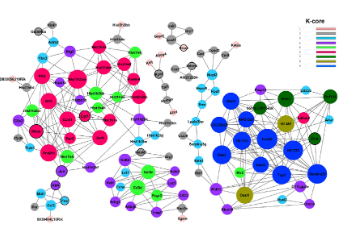 The PPI network is a typical complex biological network. Studies have shown that in the PPI network, closely connected clusters are often composed of proteins with similar functions.

Complex network clustering methods have been widely used in the research of complex biological networks such as protein networks and metabolic networks. Studies have shown that protein networks and metabolic networks are mostly scale-free networks with the characteristics of small-world and cluster structure. The in-depth study of these networks' topological properties will help to understand the functions of these networks further. Using the method of cluster analysis to decompose the protein network and the metabolic network into several relatively independent sub-networks, on the one hand, can help predict the biological functions of the network and help biologists discover the biological significance of the sub-networks (or network clusters) , On the other hand can reduce the complexity of the problem.

CD ComputaBio' network analysis can significantly reduce the cost of later experiments. Our network analysis service provides accurate approximations of the behavior of real molecules and have proven to be very useful for understanding the different stages of drug development. If you are interested in our services, please contact us for more detailed information.