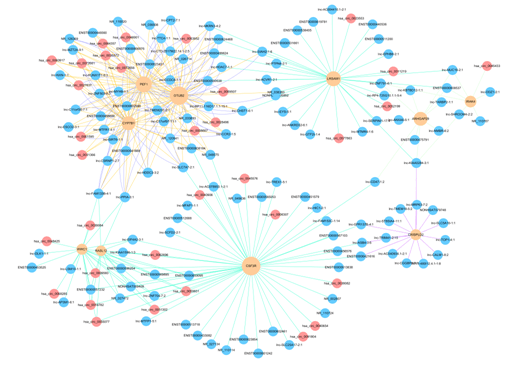 By showing the regulation mechanism of ceRNA of different genes, the different types of ceRNA mechanisms in the experimental group and the control group were discovered, and specific ceRNAs were found. The lines represent different microRNAs, blue is mRNA, red is circRNA, and green is lncRNA.

We established a computational mechanism to use circRNA (lncRNA) as ceRNA to protect mRNA from miRNA degradation. Based on the expression value of the gene, through regression model analysis and seed sequence matching method, a regulatory network of microRNA sponge adsorption is established.

ceRNA regulatory network analysis currently contains four types of RNA, namely mRNA, miRNA, IncRNA and circRNA. Among them, miRNA is at the core of regulation. When miRNA is competitively bound by ceRNA such as IncRNA or circRNA, the transcription level of mRNA regulated by miRNA will increase.

The process of our ceRNA regulatory network construction service 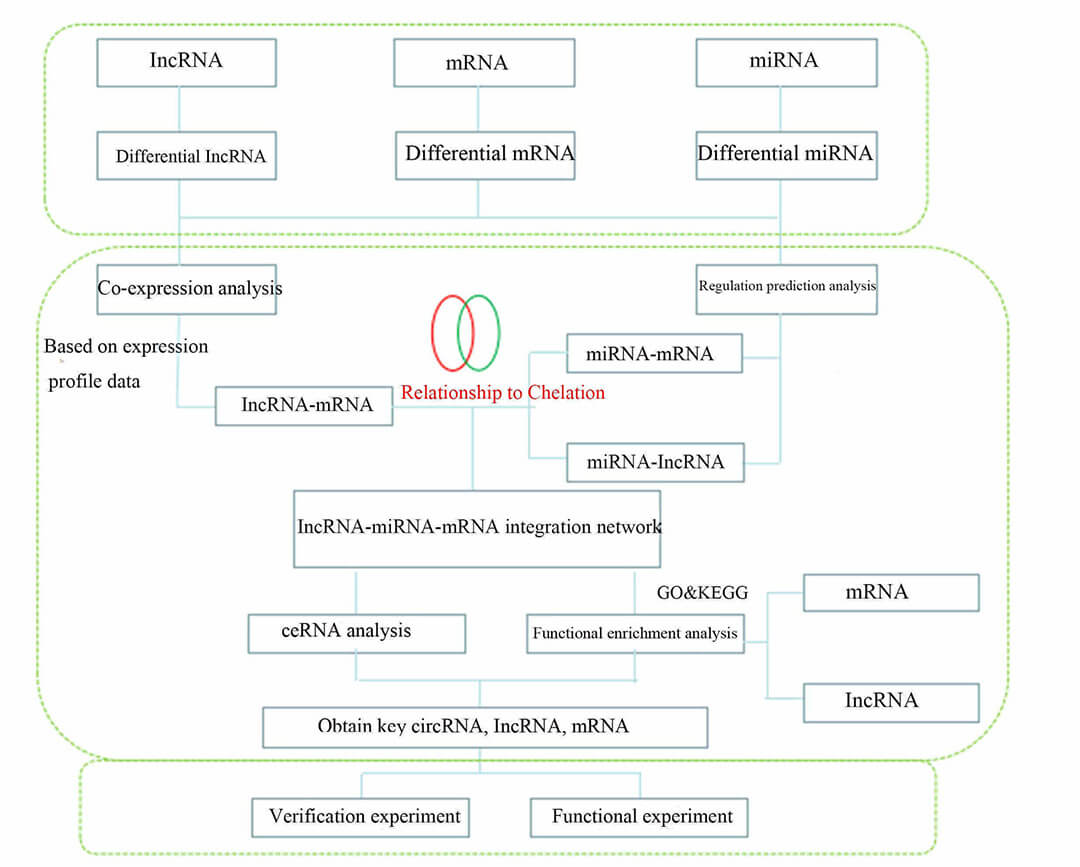 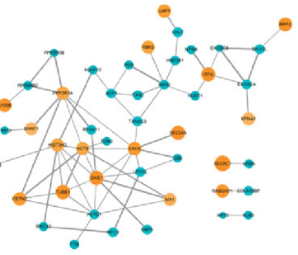 CD ComputaBio provides corresponding ceRNA regulatory network construction service has proven to be very useful for understanding the biochemical basis of physiological events at different stages of drug development (even in different fields such as materials science). CD ComputaBio team has been working in this field for more than ten years and has published his findings in top scientific journals. If you have a need for network analysis services, please feel free to contact us.