For trajectories with a long simulation time, it is recommended to use the -tu ns option when running gmx do_dssp, so that the time unit in the output ss.xpm is ns, and the drawing is better. 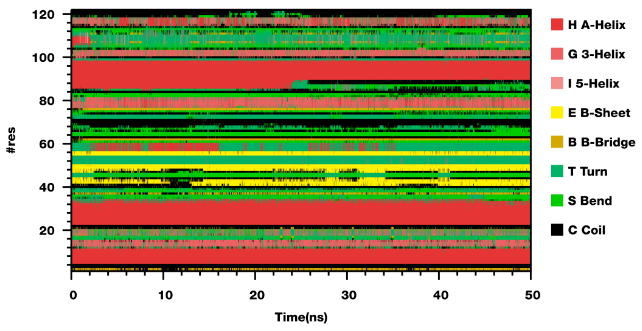 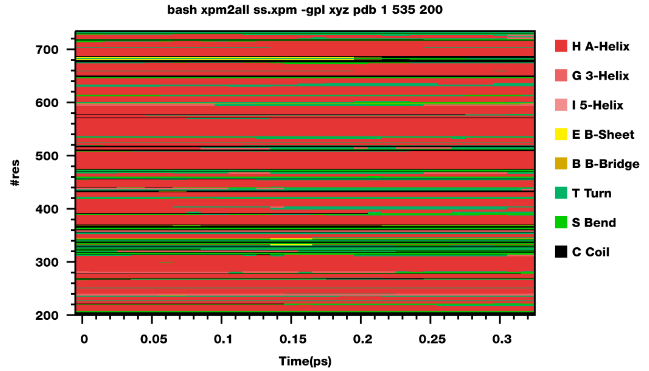 For the obtained secondary structure content file ss~count.xvg, in addition to drawing with ordinary dot-line graphs, stacked histograms can also be used to draw. Gnuplot supports stacked histograms, but its abscissa can only be a string, not Supports continuous values. This is a bit hard to use. One solution is to process the data a bit, and then use boxes to draw. The example is as follows: 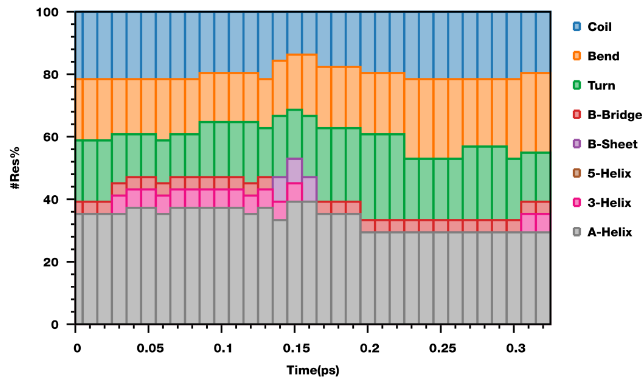 The scripts that can be referenced are as follows: 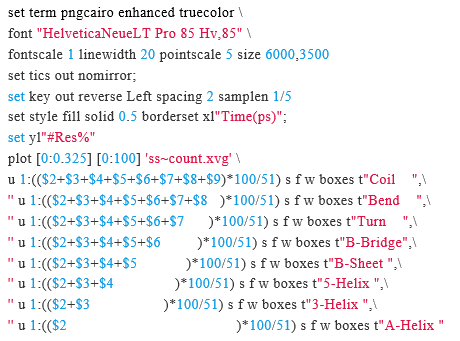