There are two closed-loop methods for modeling and prediction of Loop in Rosetta, namely CCD and KIC. In 2009, the KIC closed-loop algorithm was first developed and inspired by the principles of robot design, and gained new applications in the field of protein design. KIC has greatly improved the accuracy of Rosetta Loop conformation prediction. Compared with the previous CCD algorithm, it can collect a large number of Loop conformations similar to crystals (rmsd_Ca <1.0 Å). And in the follow-up development, two mature methods of Loop conformation prediction, NGK and FragmentKIC, are derived.

The basic KIC closed-loop algorithm is not complicated, and KIC can be applied in both low-resolution and high-resolution stages: 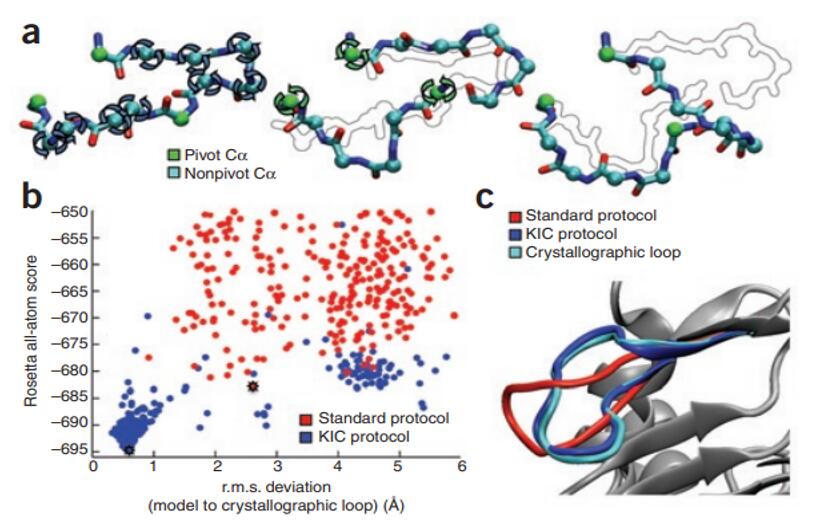 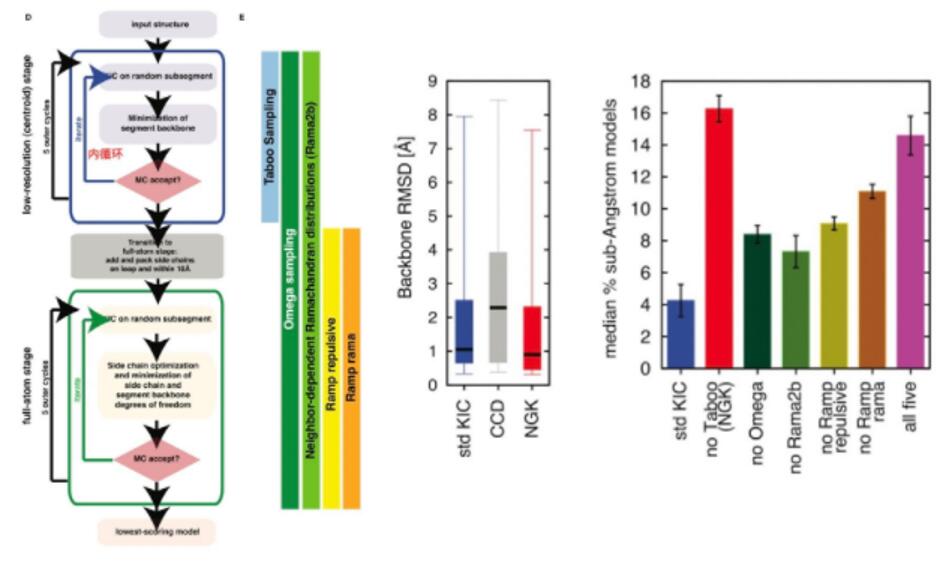 When the above 4 or 5 sampling strategies are used in conjunction with the KIC algorithm, a wonderful "chemical reaction" is generated. The NGK algorithm significantly improves the ratio of the collected high-precision Loop conformations in the overall prediction.

The loopfile file uses the Pose serial number to define the loop interval. Here we take the PBX1 protein as an example (PDBID: 1B72, pdb needs to be renumbered), we want to reconstruct the loop that predicts amino acids 12-20. The Loopfile is written as follows:
# 1b72 loopfile
12 20 0 0 1

The first and second columns are the starting and ending pose numbers, and the third column is cutpoint, which defines the pose number of the amino acid at the cut point. It can be set according to the actual situation.

The fourth column: set skip rate, the default is 0.

After running, open the score.sc file to check the chainbreak value (the smaller the better, normally it should be less than 1.0) and the total energy value (the lower the better). You can also analyze the packstat value to see if the loop interacts well with the overall environment. If the sampling is large enough, the first 400 conformations can be selected for cluster analysis and representative conformations can be selected as the final model.