FBDD (Fragment-based drug design) is a new method of drug discovery that combines random screening and structure-based drug design. Since it was proposed in 1981, with the continuous improvement of fragment design, screening and optimization technologies, FBDD has gradually moved from theory to practice and has become one of the mainstream drug discovery technologies today. So far, a total of 4 drugs derived from FBDD technology have been approved by the FDA worldwide, and more than 40 compounds are in the clinical stage.

The binding force of the fragment to the target is weak, and the binding constant Kd value is usually in the range of μM to mM, so a more sensitive detection method is required. According to reports, more than 9 detection methods have been used in the fragment screening stage of FBDD, many of which were reflected in the 2019 case studies. The most popular fragment screening methods in 2019 are bioassay (24%), NMR (22%, including ligand-observed NMR and Protein-observed NMR), X-ray crystallography (14%) and Thermal shift assay (10%). Compared with 2017 and 2018, the proportion of bioassay has decreased, while the proportion of X-ray crystallography is as high as ever, which may reflect the market's significant investment in X ray crystallography infrastructure. It is worth mentioning that there is also a considerable proportion (10%) of the starting point of the fragments from the literature. 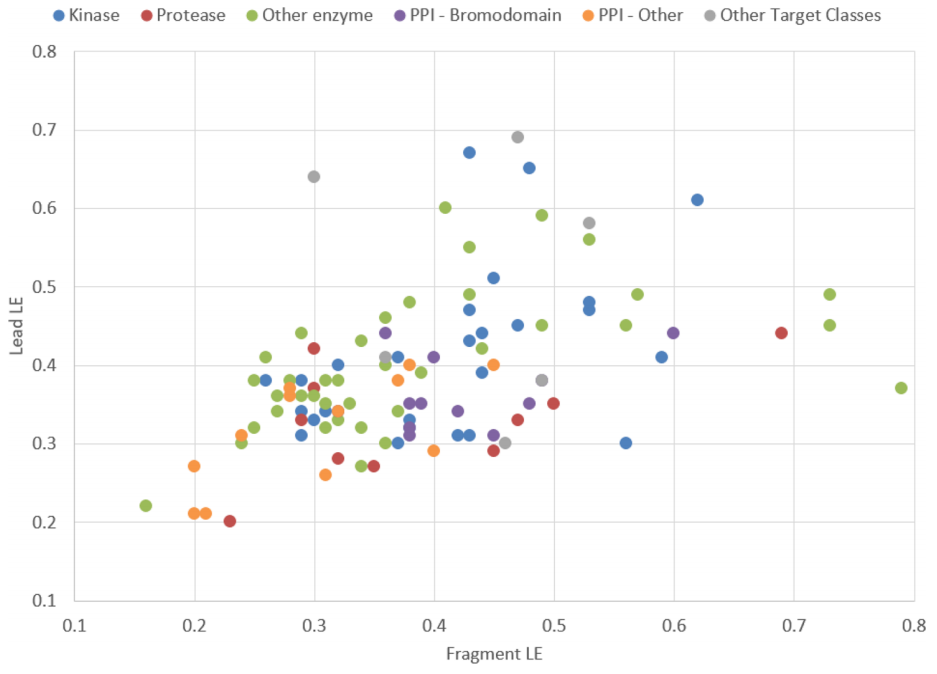 The 3D characteristics of molecules are also called "natural product-like properties". It is generally believed that compounds with 3D characteristics have potential benefits in screening (although experimental evidence is lacking). 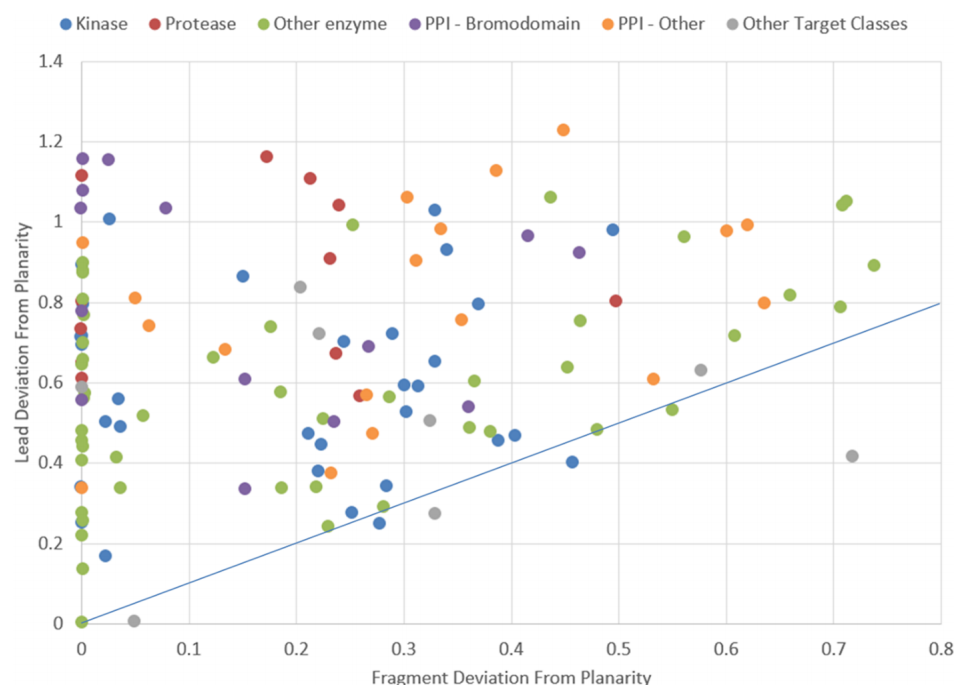 The wide application of FBDD shows that the method is becoming more and more mature, but many papers also show that FBDD is still an evolving subject, such as the application of new reactions and new technologies (microfluidics and automation) in fragment synthesis, and the development of technologies in fragment screening (Such as Cryo-EM, XFELs and SFX) and expanded fragment library innovations (such as MiniFrag, FragLites), etc. These help us analyze the interaction between fragments and proteins, feedback library design information, and tell us how to optimize fragments more effectively.