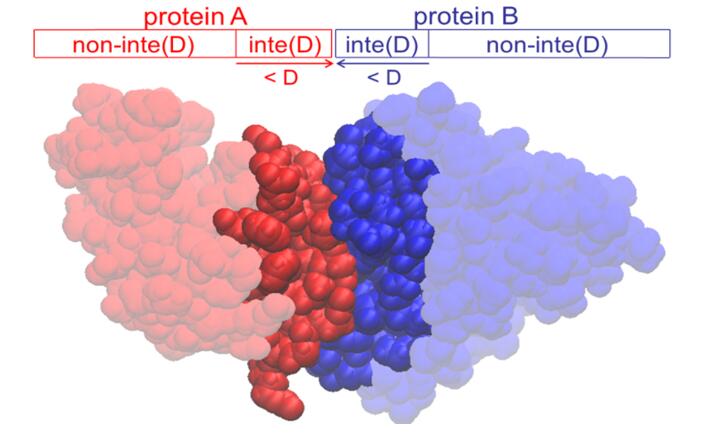 The main applications of InterfaceAnalyzer:

Using Rosetta score_jd2 app to score the input PDB file is a quick way to repair the structure and ensure that the input file can be read correctly by Rosetta.

-no_optH false: Whether to consider the conformational inversion of glutamine, asparagine and histidine? (Set to True, will help optimize the non-saturated polar atoms embedded in the protein).

-ignore_unrecognized_res: Delete water molecules and other residue molecules that cannot be recognized by Rosetta.

-out:pdb: This will force the score_jd2 application to output a PDB file for later use.

After running, we will get 3r2x_0001.pdb and rename it to 3r2x_scored.pdb as the input file for the next step.

Create a new file and enter the following parameters to control the InterfaceAnalyzer calculation mode:

Optimize the mode of the side chain (recommended!)

Non-optimized side chain mode (unless the input structure has been optimized and energy minimized, avoid using it)

Take the parameter file of the optimized side chain mode: pack_input_options.txt file as an example to illustrate the meaning of the parameters.

If the protein is a heterodimer composed of A and B chains, we will consider AB as a whole, so we need to add the fixedchains option.

-fixedchains A B stands for: Consider the A chain and the B chain as a whole, without analyzing the interaction between AB.

Open the terminal and enter the following command:

View terminal output: (need to set compute_packstat to true in the parameter file), the scoring results are listed in detail on the screen, at the same time, we can also open the pack_input_score.sc file with a text editor or spreadsheet application to view the analysis results.

Protein binding free energy (dG_separated): If you do not use the parameters of the optimized side chain mode, you will find that the calculated ddG value is untrue, because there is an unreasonable arrangement of atom pairs in the input file. Therefore, it is necessary to rearrange the side chains in the calculation process.

The number of unsaturated polar atoms (delta_unsatHbonds): The more unpaired polar atoms, the weaker the protein-protein interaction. It is worth noting that after Rosetta's optimization, more polar atoms with unsaturated bonds may appear, because the program tries to alleviate conflicts between structures.

Packstat: This is an index to measure how well the interface is filled (range 0~1.0). When the value is 1.0, it represents perfect complementarity between proteins. (A value greater than 0.65 is good).

Embedding surface area (dSASA_int): A measure of the size of the interaction interface, in Angstroms^2.