Cytoscape is a software that focuses on open-source network visualization and analysis. Its core is to provide a basic functional layout and query network, and form a visual network baed on the combination of basic data. Cytoscape is derived from systems biology and is used to integrate biomolecular interaction networks with high-throughput gene expression data and other molecular state information. Its most powerful function is still used for large-scale protein-protein interactions, protein- Analysis of the interaction between DNA and genetics. Through Cytoscape, these biological networks can be integrated with various molecular status information such as gene expression and genotype in a visual environment, and these networks can be linked with functional annotation databases.

Java needs to be installed before Cytoscape installation.

After importing the file, the following interface appears 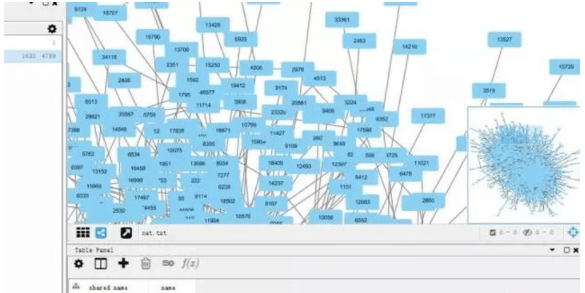 Import the node property file: file->import->table->file(node.txt) (here is table instead of network) 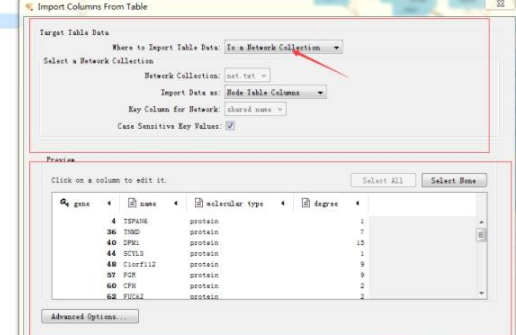 The "Target Table Data" information in the red box above indicates that the imported node attribute table is associated with the previous network diagram. The "Network Collection" selects the network file we imported before.

Set the first column of gene to "Key" to ensure that the gene id is not repeated. The second, third, and fourth columns are all attribute "Attribute". If you need to modify it, click the triangle mark on the right side of the name as well.

After clicking OK, the two columns of molecular type and degree are automatically added in the Table Panel below. 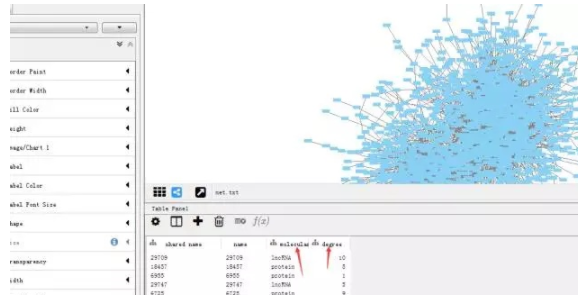 You can set a simple network diagram format through style. 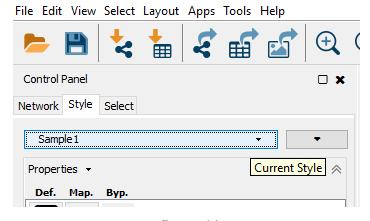 Get the network diagram as following. 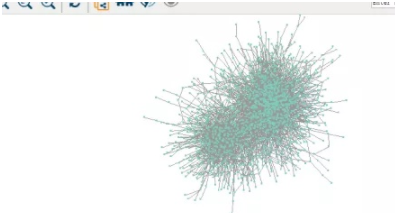 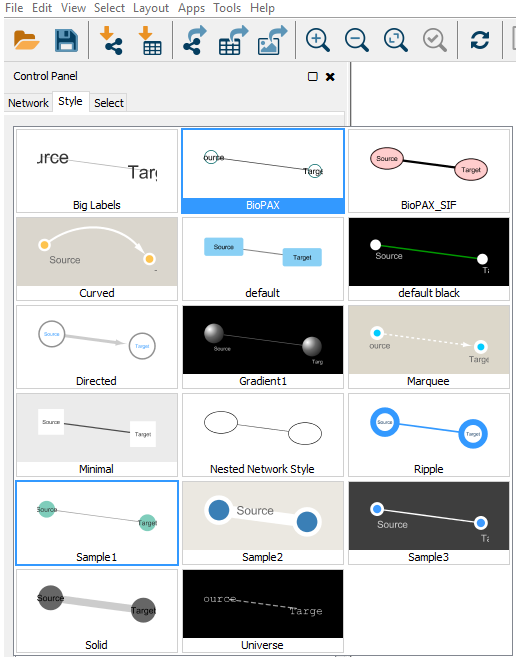 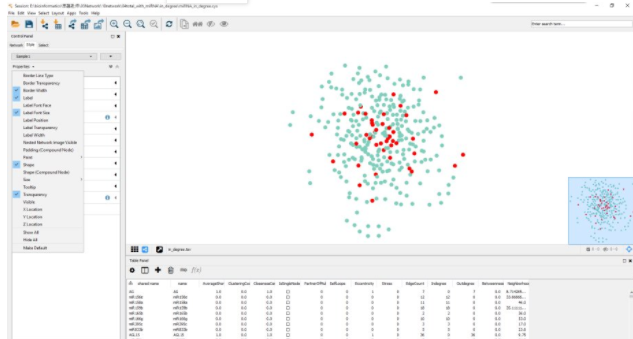 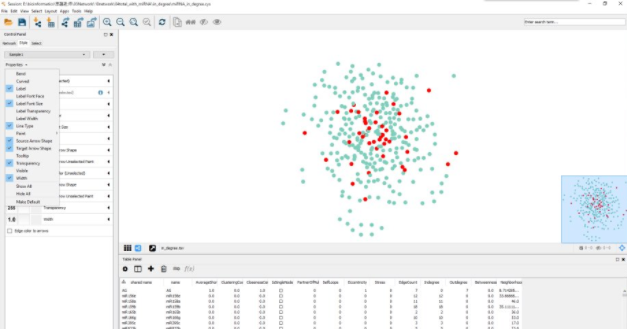 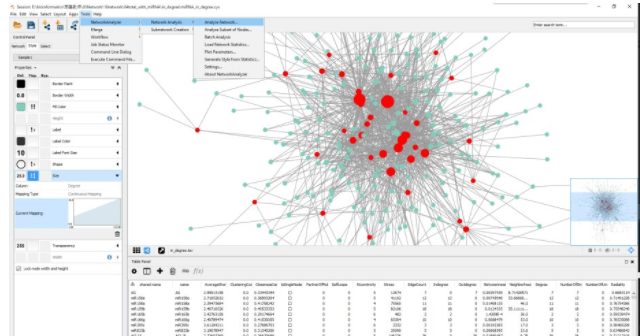 Cytoscape provides a lot of external databases. Right-click the corresponding node and select externallinks in the options that appear. There are the following connected databases: 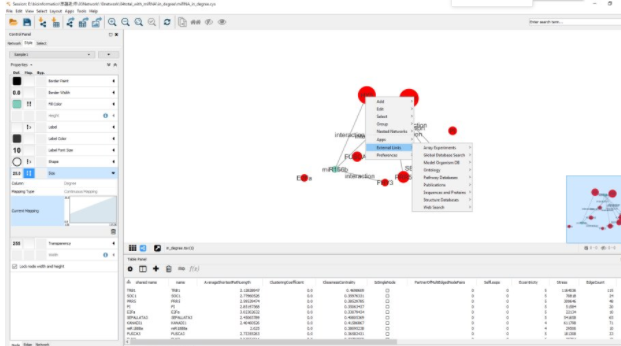