Small-molecules bind to proteins within surface cavities. The prediction of these interactions is done through docking simulations. Structure-based virtual screening (molecular docking) has been used to discover new ligands based on target structures. Docking methods are widely applied and accepted nowadays in drug design. Two approaches are particularly popular within the molecular docking community. One approach uses a matching technique that describes the protein and the ligand as complementary surfaces. The second approach simulates the actual docking process in which the ligand-protein pairwise interaction energies are calculated. Both approaches have significant advantages as well as some limitations.

Various docking software is under developed that will increase the biological accuracy in modeling docking processes. Researchers and pharmaceutical companies can use open-source software to speed up simulations to rank small molecules and focus on specific protein families that are important in drug R & D. Predicting interactions between proteins and ligands using computer-aided methods or artificial intelligence (AI) models has attracted great interest in recent years. Deep learning paired with drug docking and molecular dynamics simulations identify small molecules to identify with precision the correct ligand conformation within the binding pocket of a given target molecule. 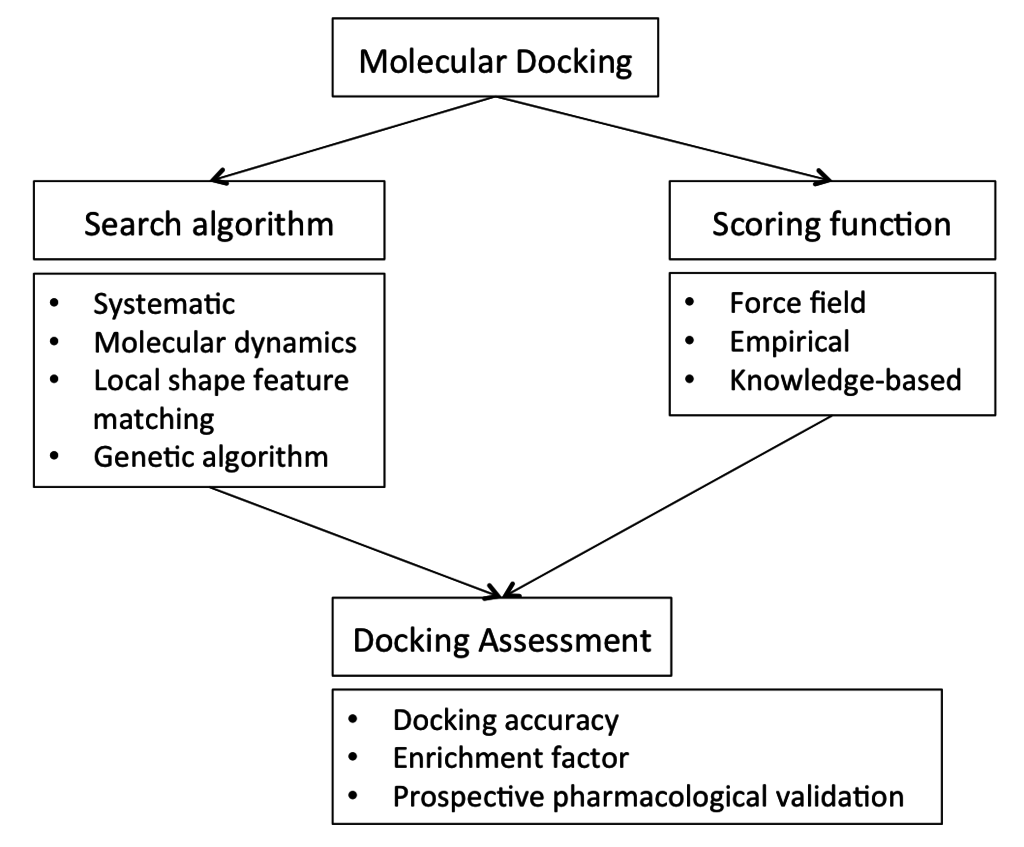 To perform a successful docking screen, the first requirement is a structure of the protein of interest. Usually the structure has been determined using a biophysical technique such as x-ray crystallography, NMR spectroscopy or cryo electron microscopy (cryo-EM), but can also derive from homology modeling construction. This protein structure and a database of potential ligands serve as inputs to a docking program. The success of a docking program depends on two components: the search algorithm and the scoring function. Here, we introduce several molecular docking software with brief tutorials.

* For Research Use Only.
CDOCKER Tutorial

CDOCKER is a molecular docking method based on CHARMm's position, which can produce highly accurate docking results. Taking the binding of natural ibuprofen ligand molecules to the COX-1 receptor as a point, the obtained docking conformation is compared with the natural conformation of the ligand in the crystal structure obtained by X-ray diffraction.1. Prepare the […]

DOCK 6 is written in C++, and is functionally divided into independent components, thus having a high degree of program flexibility. The attached program is written in C and Fortran 77. The workflow of DOCK6 is shown in the figure. The first is to prepare according to the geometric coordinates of the receptor and the […]

rDock is a fast and universal open source docking program that can be used to dock small molecules with proteins and nucleic acids. It is designed for high-throughput virtual screening (HTVS) and combined model prediction research. rDock is mainly written in C++. The complete rDock software package requires less than 50 MB of hard disk […]

ZDOCK is a rigid protein docking program based on Fast Fourier Transform, created by the University of Massachusetts Medical School. ZDOCK will search all translation and rotation spaces of the two proteins, and then score each possible pose. The scoring function is an energy-based scoring function, which calculates potential energy, spatial complementarity, and electric field […]

Autodock is a molecular docking software package, open source and free, the official website is http://autodock.scripps.edu/, the latest version is AutoDock 4.2.6, including AutoDock and AutoGrid two modules, AutoDock software package download address It is http://autodock.scripps.edu/downloads/autodock-registration/autodock-4-2-download-page/, including Linux, Mac OS and Windows versions and source code. AutoDockTools is a visualization program for AutoDock docking. The […]