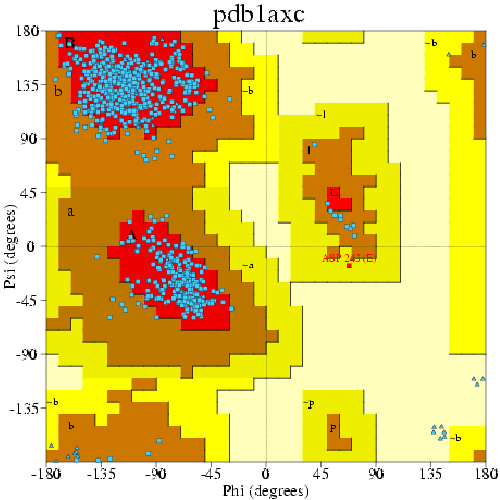 According to the minimum contact distance between non-bonded atoms in the protein, Ramachandran plot determines which pair of dihedral angles (Φ, Ψ) stipulate the conformation of two adjacent peptide units are allowed and which are not allowed, and use Φ as the abscissa and Ψ as the ordinate, mark on the coordinate diagram, which is called Ramachandran plot, which can be used to identify whether the protein conformation is reasonable. Ramachandran plot can be used in two somewhat different ways. On the one hand, it is necessary to prove theoretically that the values or conformations of and and φ angles are possible for amino acid residues in proteins. Another aspect is to display the empirical distribution of data points observed in a single structure for structure verification or in a database of many structures. Usually for the theoretically preferred area, two situations are displayed for the contour line.

For protein simulation trajectories, gmx rama can be conveniently used to calculate the dihedral angles φ and ψ of peptide bonds, which are used to draw Ramachandran diagrams. This diagram is often used to characterize the secondary structure of the protein, and sometimes it is also used to evaluate whether the protein structure is reasonable.

The content of the rama.xvg file output by gmx rama is as follows: 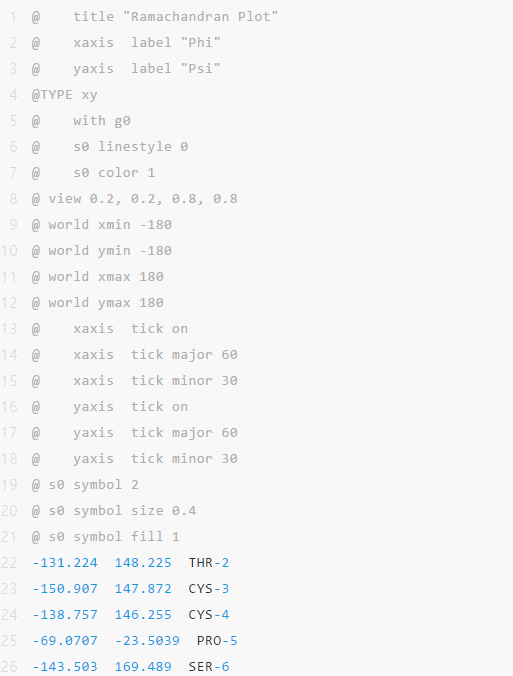 It is easy to see that the file gives the (φ, ψ) of each residue in each frame of the trajectory, but does not include the last residue, because these two dihedral angles are the corresponding dihedral angles of the peptide bond between two adjacent residues. The easiest way to draw is to draw all points directly: 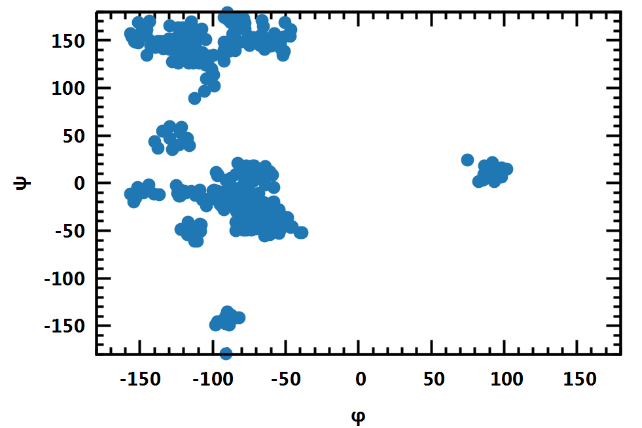 After the points are too many, they will overlap each other, it is difficult to distinguish, not intuitive, and a lot of information is lost. We can do better, we can set a certain degree of transparency when drawing each point, so that the more points overlap, the darker the color, which can indicate the size of the distribution density. 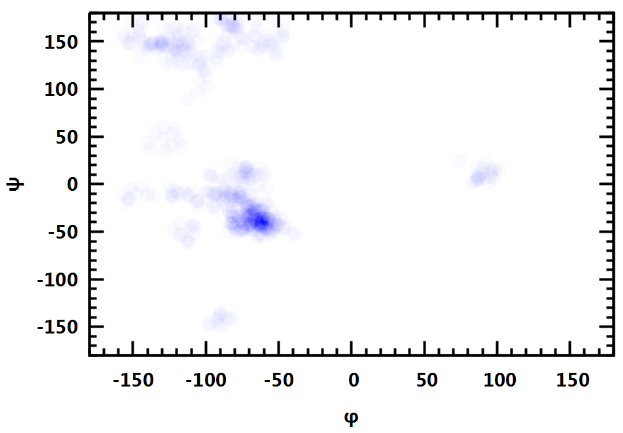