What we need to calculate is the spectrum of the autocorrelation function of the current vector vq. Therefore, we first need to multiply the velocity of each particle in trr by its charge, and replace v in trr with vq. You can use the following command to output system tpr corresponding pqr file:

Due to the tpr is a binary format, it is not easy to process directly, so the simpler method is to first use the following command to convert it to a normal text format, and then analyze the charge information in it.

Finally, we can use the trr file after replacing the speed value to calculate the spectrum.

Take the SPC flexible water model as an example. The initial configuration uses GROMACS's own spc216.gro for NPT simulation, with a time step of 2 fs and a simulation time of 100 ps. The first 50 ps is pre-balanced and the last 50 ps is analyzed. Due to the limited total time, So the resulting spectral resolution is not very high, but it is sufficient as an example. 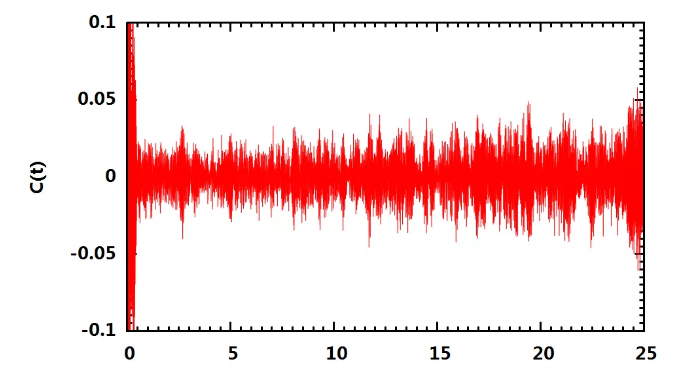 Infrared spectrum of the system 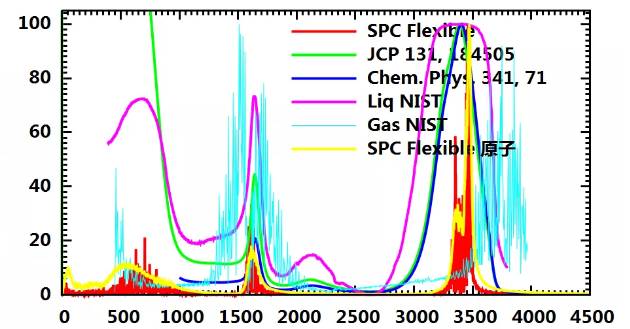