The basic algorithm of RosettaDock is as follows: 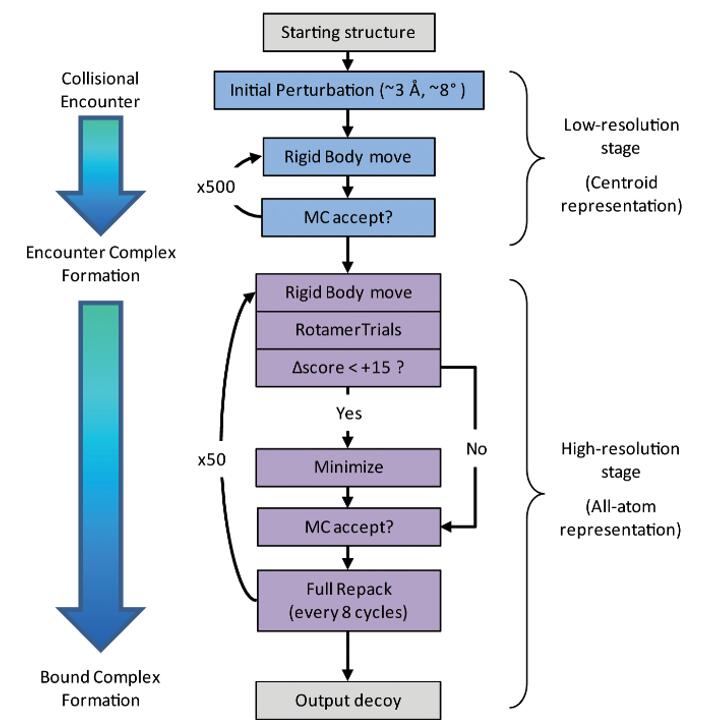 The entire docking process is divided into two parts. In the first low-resolution stage, the side chain conformation between the proteins is replaced by a coarse-grained sphere. Search directly for the degree of matching of the skeleton shape between the proteins. In the second stage, all side chain conformations will be considered to calculate more accurate interaction energy.

The initial local interference will randomly translate and rotate one of the components of the first guessed conformation by 8 angstroms and 8° (or 8 angstroms, 3°).

In the low-precision stage, 500 movements of the rigid body are performed, in which it is possible to choose whether to perform the conformational exchange selection of Ensemble. Output the lowest conformation for high-precision stage.

Internal cycle: Run MCMCycle 50 times, each MCMCycle includes: rigid body movement, RotamerTrials optimize each amino acid to the lowest energy state, and judge whether the energy is greater than 15REU, if the energy drop is too small, the energy between the rigid body is minimized once. (MCMCycle runs Repack every 8 steps (repack mode can be divided into rt_min or sc_min))

Outer loop: Reset the initial state and run the inner loop that is repeated 4 times

Finally, the lowest energy conformation is restored from the entire mc trajectory (the energy minimization will be performed again at the end).

RosettaDock is a docking algorithm based on MCM and is different from other rigid docking software. It is not good at global docking because the calculation efficiency of the overall process is too low. Therefore, before RosettaDock, ZDOCK etc. are generally used for preliminary conformation exploration. You can choose one or more seemingly reasonable conformations as a starting point.

Sometimes, the final conformation we get may be due to some small skeletal conflicts resulting in higher overall energy of the complex, then we can adopt a less aggressive sampling strategy at this time.

The official tutorial for protein-protein docking analysis recommends the use of total_score and I_sc. For preliminary analysis, it is completely sufficient. If you want to do more in-depth analysis, you can use the Rosetta InterfaceAnalyzer app to perform complex interface analysis.

4.2 Preliminary guess of the influence of conformation

5 How to better improve the accuracy of the model? 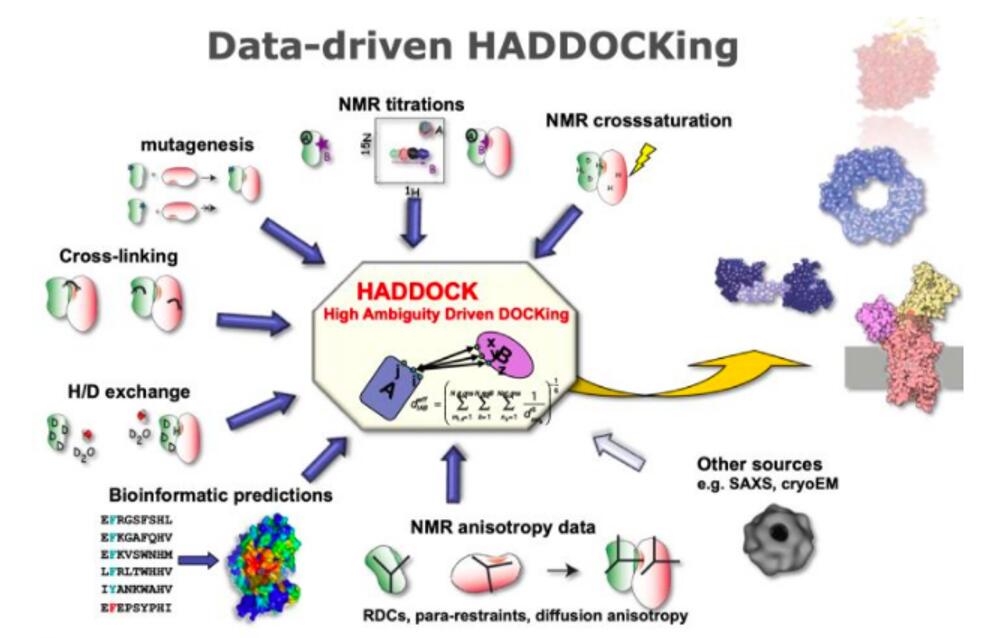 In RosettaDock, we can use limiting parameters to influence the docking process. Here are some strategies for integrating and docking available experimental information: