What is venn diagram service?

Venn diagram shows all possible logical relations between a finite collection of different sets. These diagrams depict elements as points in the plane, and sets as regions inside closed curves. A Venn diagram consists of multiple overlapping closed curves, usually circles, each representing a set. The points inside a curve labelled S represent elements of the set S, while points outside the boundary represent elements not in the set S. This lends itself to intuitive visualizations; for example, the set of all elements that are members of both sets S and T, denoted S ∩ T and read "the intersection of S and T", is represented visually by the area of overlap of the regions S and T.

CD ComputaBio can provide you with the following statistical services but not limited to: 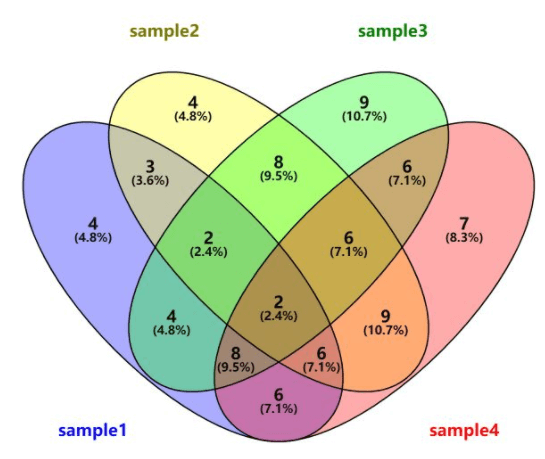 CD ComputaBio' venn diagram service can significantly reduce the cost and labor of the subsequent experiments. Venn diagram service is a personalized and customized innovative scientific research service. Each project needs to be evaluated before the corresponding analysis plan and price can be determined. Venn diagram dervice can yield misleading results in cases in which multivariate analysis is more appropriate. If you want to know more about service prices or technical details, please feel free to contact us.